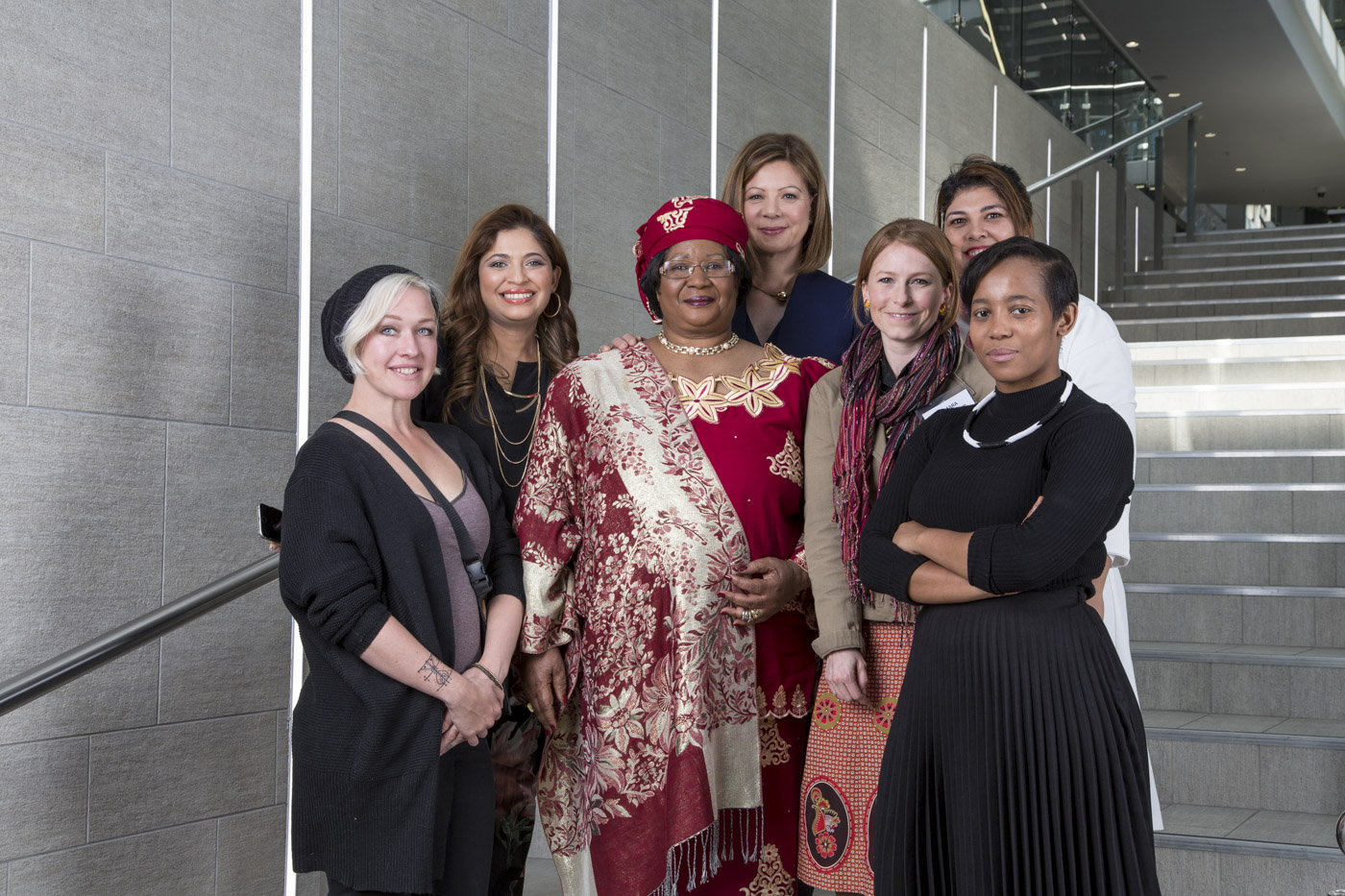 In 2014 and in 2015, I had the pleasure of editing a portion of a magazine called Celebrating Women, published by Business Times in partnership with the Businesswomen’s Association of South Africa (BWASA). I handled the BWASA content for the mag, which is distributed as a supplement of The Sunday Times to all subscribers, and also wrote some other articles for the publication.

One of my favourite parts of the 2015 project was getting to interview Dr Joyce Banda, former President of Malawi, who was the 2015 keynote speaker for the BWASA Businesswoman of the Year Awards (BWOYA). She is an inspiring woman who is passionate about many of the same things I am, and has led magnificently by drawing from her own tough personal experience.

We didn’t have enough space to publish the full article in the magazine, but here it is:

Dr Joyce Banda, former president of Malawi, is an entrepreneur, activist, politician and philanthropist. She was Malawi’s first female president (2012 to 2014) and was voted Africa’s most powerful woman by Forbes Magazine for two years running. She is a champion for the rights of women, children, the disabled and other marginalised groups.

Dr Banda believes that addressing the challenges facing African women today begins at household level, with the way children are socialised differently according to gender. “Sometimes I want to lay the blame on us mothers!” she says. “We need to continuously educate women and mothers. I am a gender activist, but I have decided that I am going to fight for gender equality the African way.”

She explains that her father took the counter-cultural decision to let her live with him and attend school in town, instead of being raised by her grandmother in the village, as was custom with the firstborn girl child. Her father convinced her grandmother that he would send her to the village on weekends, where she could be schooled in cultural skills, while still receiving the best possible formal education.

This move ensured opportunities that she would not otherwise have had. “I am an example of what we can do when we move to achieve gender equality in an African way, without confronting anyone or antagonising anybody, but building the capacity one brick at a time.”

Dr Banda’s leadership journey has been filled with personal challenges – from watching her childhood village friend struggle to access opportunity because her parents simply couldn’t afford the $6 fee to keep her in school, to being locked in an abusive marriage due to a lack of empowerment, to almost dying in childbirth. Yet these issues have become the foundation of her life’s work. She has tackled the challenge of securing education opportunities for African girls and empowerment for women, implemented laws that protect women and children against domestic abuse, and championed better healthcare for women, particularly in terms of maternity.

To women in leadership positions, such as the BWOYA winners and finalists, her advice is not to kick down the ladder to the top once they’ve climbed it. “We must keep hauling one another up that ladder,” she says. “Graça Machel invited me to Mozambique in 1992 and she taught me that you are not a good leader unless you reach out and mentor younger people. We must take responsibility and realise that we are not true leaders until we’ve helped others up. If it’s just you at the top, that’s not empowerment or success.”

Dr Banda has worked hard to ensure that she has taken other women with her on her own journey to the top, and she continues to work towards seeing more women in leadership, particularly at parliamentary level. The Joyce Banda Foundation is launching an initiative in October this year in Accra, Ghana, called “Elect her into office”. Her own experience in passing the Prevention of Domestic Violence Bill in Malawi taught her that, for there to be regulatory decisions passed that benefit women, there need to be as many women in parliaments as possible, working together for the benefit of all women.

Under Dr Banda’s presidency, Malawi saw its first women chief justice, head of the Secret Service and solicitor general, as well as two female deputies of the Reserve Bank and eight district commissioners. In total, she appointed over 100 women.

“That is the advantage of getting women into positions of influence,” she says. “When we get there, we focus on improving the lives of other women and children.”