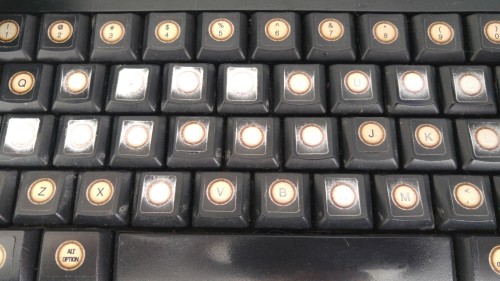 It’s been an incredibly busy season for me this last while. Whenever people ask me how I’m doing and I tell them that, they inevitably say, “Well, that’s a good thing, isn’t it?”

As a freelancer, yes – it is, generally. But there’s a difference between a good level of humming along with lots on the go and working until 2.30 in the morning because there just aren’t enough hours in the day to get everything done. And my busy has been tilted towards the not-so-good kind this last while.

After a decade of working to article deadlines and six years as a full-time freelancer, I have become much better at managing my time, learning how much I can take on, and saying “no” to unreasonable projects / clients (or even wonderful projects that I just don’t have capacity to do at the time). I mostly stick to my limits. This protects me from burnout and ensures I am able to deliver on time and meet the client brief.

Sometimes, however, life doesn’t play along with my planned production schedule. There are so many reasons that this can happen – many out of my control. There have been a few of these sorts of mini-dramas during this latest busy season:

None of these things was a big deal on its own. But, Murphy being a jerk, they all happened together, along with a slew of rush jobs and personal challenges. And it was not fun. There were lots of 16-hour days and working weekends. In fact, I have injured the tendon in my right hand from spending so many hours typing. I must be the only person I know who has contracting a typing injury. It’s a little bit ridiculous.

Check out my keyboard in the pic and you’ll see it is well used! I put keyboard decals on the keys three weeks ago because the letters had worn off. As you can see, the stickers haven’t lasted too well either.

Now that things have slowed down to a less frenzied level of madness, I’m looking back at this crazy time to see what I can learn from it. There are a few things I could have done better, and there are also the good things that got me through this period, which I want to reflect on and try to do more of when life gets overwhelming again.

Here they are, to remind me, and in the hopes that they might help you too:

Behaviours that don’t help when work is too much:

Strategies that do help during tough work times:

I’d love to hear what gets you through tough work times, or if any of these notes above helps you during a mad period. Leave me a comment or drop me a mail.